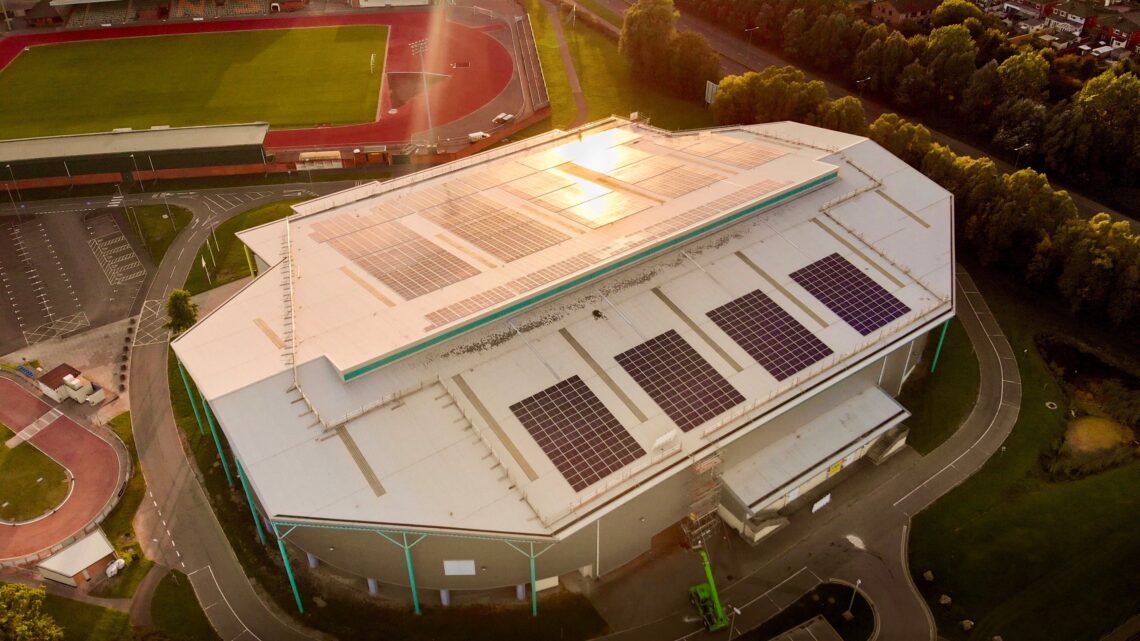 (Bristol, September 2021) Egni Co-op is a renewable energy co-operative set up in 2013 by the Awel Aman Tawe community energy charity with the aim to fight climate change. In July, Egni Co-op secured high-value power purchase agreements (PPAs) for 25 solar assets, including the Geraint Thomas National Velodrome (photo), using the Renewable Exchange platform to simultaneously tender and execute the deal. Better value PPAs for their solar assets will increase the Co-op’s revenue from these sites and using the online platform saved them valuable resources in completing the process.

“As community energy groups stretch their muscles on the road to net zero it’s likely that the number of sites and portfolios being managed by them will increase in both number and capacity,” says Alex Ferraro, Development Officer at Egni Co-op. “PPA management can be a skill that’s missing from some community organisations so PPA management platforms such as Renewable Exchange could well be very helpful to many other organisations in the future.”

The Renewable Exchange digital platform offers a self-service system so a tender can be easily created at a time of the generator’s choice. Easy-to-use interface makes the process simple and transparent. Egni Co-op was able to execute their PPAs with a few clicks and awarded the portfolio to a supplier of their choice who shared their ethical business values.

Renewable Exchange has continued to strengthen the relationship with community projects across the United Kingdom. Robert Ogden, Founder and CEO of Renewable Exchange, comments on Egni Co-op’s successful tender process: “Renewable Exchange strives to work closely with community organisations to pursue our aim of helping renewable generators make the right decisions for their assets’ PPAs, allowing them to choose their preferred supplier and execute at a time of their choice. We are making the process more transparent by providing the data previously inaccessible to many small-scale generators and as a result helping them secure better prices for their PPAs.” Today, one third of UK community sites by installed capacity use the Renewable Exchange platform to secure their short and long-term power purchase agreements.

About Egni Co-op: Egni Co-op is a community organisation which funds and manages PV installations in Wales. It was set up by Awel Aman Tawe (AAT), a community energy charity which has been operating for 20 years. Their prime drivers are tackling climate change and engaging people in energy.

Renewable Exchange supports both existing operational assets and new projects looking to be developed subsidy-free in the UK and Germany via its suite of market insight tools and an innovative Power Purchase Agreement marketplace which enables generators of any size to fully optimise and transact the sale of their electricity. Founded in 2016 by Robert Ogden, Renewable Exchange serves over 1500 independent generators in the UK representing over 4 GW of installed capacity.